Thursday lunchtime 18 April – we looked in the hive for the first time this year.

The super that we’d left on over the winter was full. It must have been re-filled with honey this spring and was quite a weight. Inside the main hive the bees were packed in. The colony had clearly not just survived, but had expanded up.

We didn’t see the queen but plenty of evidence she’d been active, i.e. tiny larvae and a large number of capped cells. We decided to do a split. It seemed to us that the colony would not stay long unless we created more space. We moved 4 frames of bees, capped cells and larvae into the hive we’d prepared ready.

We plan to check in a week’s time to see what’s happened to the frames we moved.

We forgot to remove the entrance block to the main hive – which, given the hot weather forecasted for the Easter weekend, was a mistake. 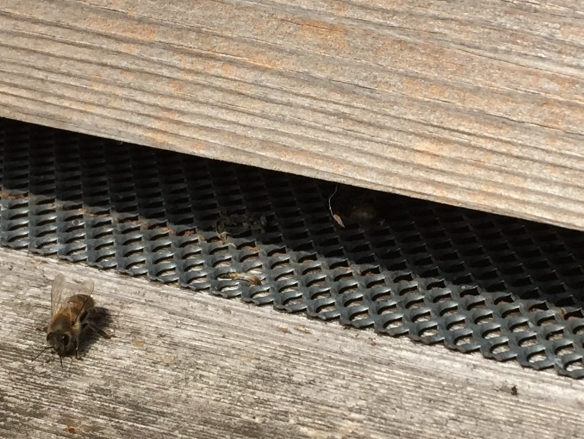 One bee in hive 2

It wasn’t warm enough at 10 degrees to open the hive today. Instead we prepared two spare hives set up with new brood frames ready for splits or swarms.

In opening up empty hives we found what turned out to be yellow jackets – about 7 or more. They were very drowsy. We removed them.

2018 was a good year. We started with a swarm collected in the summer of 2017. Since entering the hive the new colony collected on the right hand side of the hive and stayed over one side for several months. Over the spring of 2018 the colony expanded well and we took around three supers of honey in the summer – leaving a couple of supers for the bees for the winter. The honey taken in 2018 was good – light and very tasty. We start 2019 with one colony and plan to split the colony early spring.

22 February 2018. Two more slabs of fondant added to the top of the crown board over the holes.

As I took the lid off the hive it looked very quiet. I couldn’t see bees down in the frames but they soon started to crawl up as they realised their hive was being disrupted.

I quickly placed the pieces of fondant over the holes and replaced the hive lid.

The weather was damp, cloudy and 3.5 degrees.  The forecast is for much colder weather. By the evening the temperature had dropped to 1.5 degrees.

The bees were active around the holes and I put the tray lid of fondant over the holes on the crown board.

The weather was bright and sunny but cold. I added the fondant because the weather forecast is for a cold spell.

Note: We’d added a small amount of fondant on 4th Jan. This had been cleaned out. 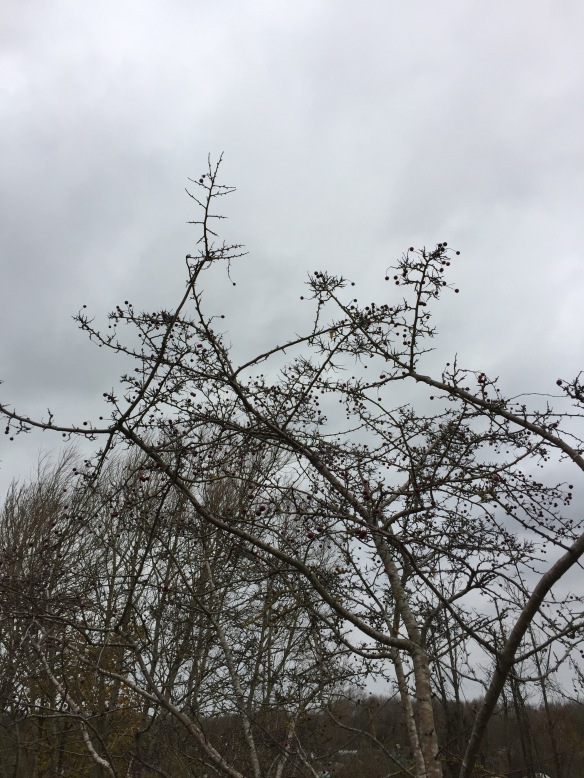 As the weather was reasonably mild today 14/15C I took the chance to add more fondant to the top of the hive. (Commercial fondant this time.)

The fondant I’d added just a week ago had all gone.

I put the extra fondant on the top of the frames and in the holes in the crown board. As last time, the bees started eating it straight away. 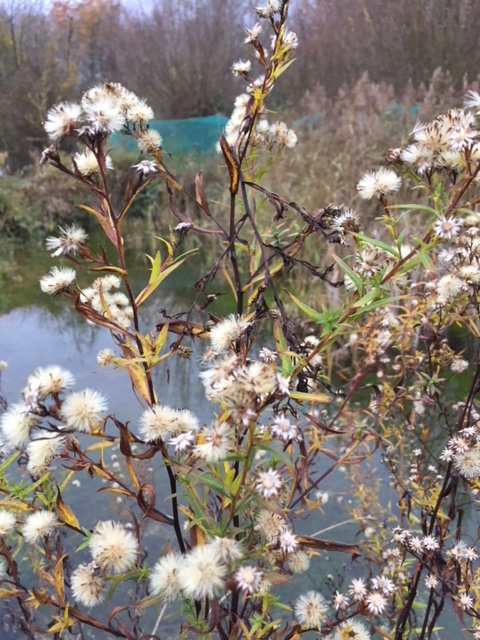 To add the (homemade – recipe PT) fondant I opened the hive and took off the last remaining super we’d left above the queen excluder. The super was empty except for a few bees. I gently brushed these off and stored the super in the shed.

I put the fondant on top of frames below the crown board and quickly put the top back on.

The hive is now down to the brood box.

Action: to add more fondant when the weather allows.

The weather today was bright and sunny with temps hovering around 15°C.

Our single hive hasn’t been opened for several weeks. It has had two supers above the queen excluder since the end of August.

Opening it today, the top super was clearly empty of honey or other stores but was clean with well drawn comb. We decided to take it off and store for the winter. We shook and brushed off the few bees that were present and stored the super wrapped in cling film ready for the new season.

We also added the entrance size reducer to the front of the hive in preparation for colder weather.

Next steps: add fondant this week and add the mouse guard soonish.

We went into winter 2015/16 with three hives, one full the other two smaller colonies. Spring 2016 and our strongest and most productive hive suffered damp and was lost. A second hive, the pale green one, also appeared to be suffering from damp. The third hive, a swarm collected last year was doing well. It had multiplied up and looked healthy.

Cause of the damp? We didn’t insulate the hives this winter as we did the year before. We did leave feeding trays in place through out the winter and fed in October and early in the spring. It maybe that the feeding trays blocked air circulation or that the syrup was too liquid for the bees to cope with.

An inspection on the 28th May showed a mixed picture. The hive that had been doing well was ok, but numbers were down. It had a couple of super frames of honey, nectar, drones and some capped brood but no eggs. We didn’t see a queen or any evidence of a queen. 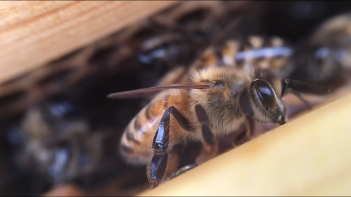 Nothing to do at the moment except to walk by the hives.

After 3 very cold days and nights mid-week, the weather has returned to the unusually warm temperatures (12/13C) experienced so far this winter.

Out on Burgess Field in the late afternoon I saw a bee foraging from the snowdrops. 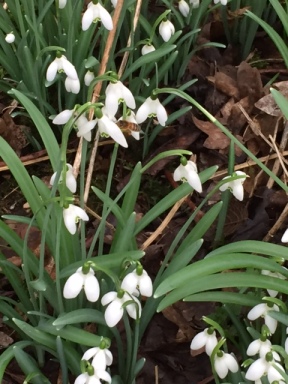 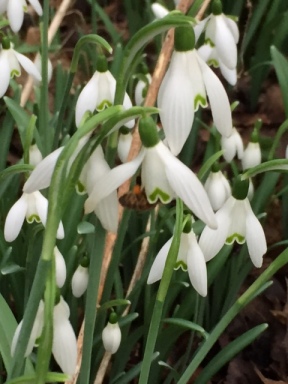